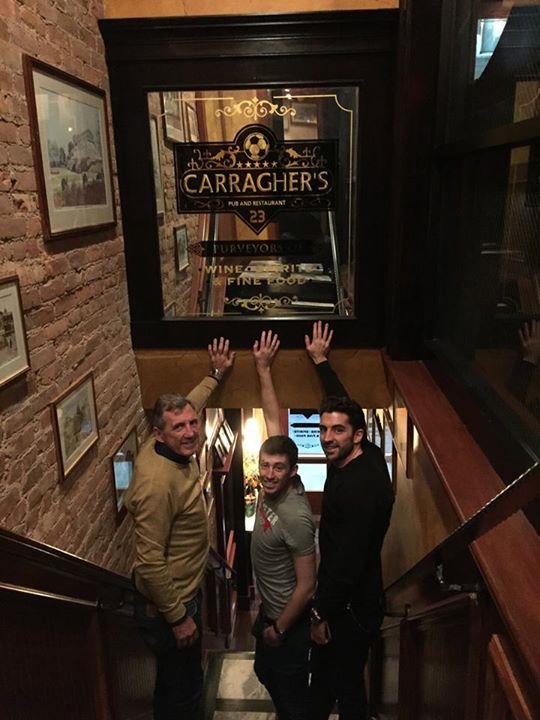 Alan Kennedy, who won the European Cup twice with Liverpool and The League five times, popped in to our beloved “Carraghers” in New York recently.

Owner of Carraghers, Brian McLaughlin said: It was a pleasure to meet a true legend, as Alan was the first player to score winning goals in two European Cup finals with goals in the 1981 and 1984 finals.