Flanno – Reds full-back should get a new deal 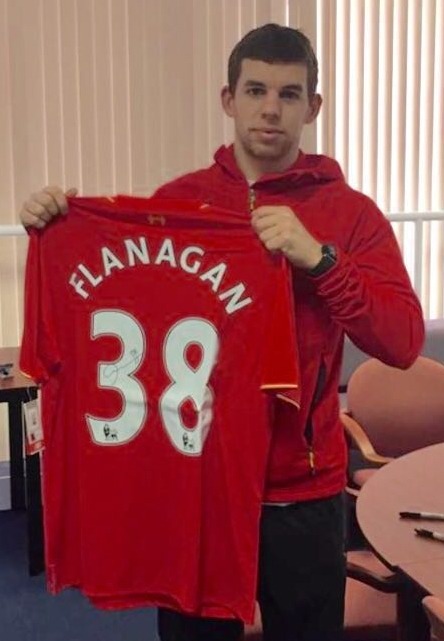 Liverpool FC legend Jamie Carragher reveals why Reds full-back should get a new deal at Anfield ….

Jamie Carragher has supported Liverpool fans’ view on Jon Flanagan’s contract situation by urging the club to resolve the popular right-back’s future and insists he merits a new deal for his performances, not just because of his Merseyside roots.

Flanagan was outstanding in Liverpool’s 3-0 win over Manchester City in midweek as he made his first Premier League start in 22 months at Anfield and starts for the Reds again today at right-back at Crystal Palace.

But there are doubts over his long-term Anfield future as his current deal runs out in the summer and the Anfield faithful have voiced their concerns about the potential departure of ‘one of their own’.

And Carragher, a fellow local Liverpool hero during his career, has claimed the 23-year-old should be handed a contract extension but not just because of his fans’ favourite status.

“He shouldn’t get a contract because he’s a local lad,” he told Sky Sports .

“He should get a contract because he is a good player.

“The local lad thing is a bonus.

“You can see he is a Liverpool academy player.

“I am delighted he is back and playing.

“The big disappointment for the supporters and Jurgen Klopp is that they have not included him in their Europa League squad so he won’t be able to face Manchester United.”

We are huge fans of Flanno here …. and Flanno recently supported the 23 Foundation by signing some shirts which we have on sale in our shop for just £95 + p&p. To buy one of these signed shirts click here. Limited stock available!