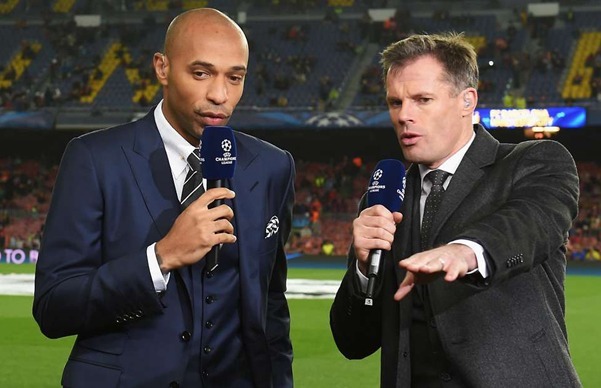 Jamie Carragher enjoyed 16 years as a professional at Liverpool and played against the greatest players of the Premier League era during that time – but who does the retired defender rate as his best-ever opponent?

He could have named Cristiano Ronaldo, Didier Drogba, Frank Lampard, Wayne Rooney or Alan Shearer to name just a few of the Premier League legends he went head-to-head against.

But Carragher believes that Arsenal hero Thierry Henry, his current Sky Sports colleague, was the pick of the bunch.