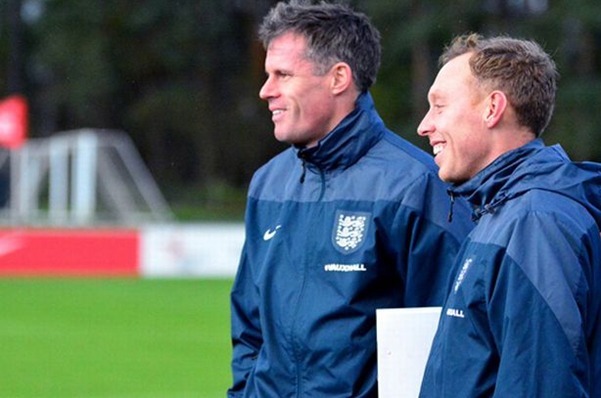 Former Reds defender will be in dugout for U17’s clash reports Tom Woods.

Liverpool legend Jamie Carragher will be in the dugout for the England Under-17s game against Germany this evening.

The game, which will be broadcast live on BT Sport, will take place at Rotherham’s 7,000-seater New York Stadium with a kick-off time of 7.45pm

With a possible career in coaching ahead if he decides to expand from his current TV punditry, Carragher will be on hand to assist England U17 head coach Steve Cooper and his staff for Friday’s game.

The Bootle-born player has joined fellow centre back Rio Ferdinand this week in spending time with the England development teams, after Steven Gerrard met with the U19s following their 5-1 win over Japan last week. 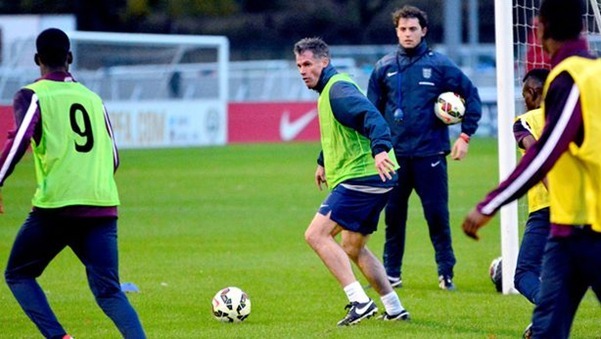 In addition to an illustrious career with the Reds, Carragher represented England at three different age levels, and earned 38 caps for the senior team.

Carragher gave an address to the players on Tuesday, as well as helping with training and joining in with squad sessions during his three-day spell with the team.

He said: “I am delighted that we’ve got such fantastic role-models working with our development teams.

“One of the big parts of the England DNA when we launched our philosophy was to be able to tell young players what it meant to play for the Three Lions.

“Jamie and Rio’s experiences on and off the pitch are vital, and I am both happy and grateful to them all that they want to pass on their advice to young players.”