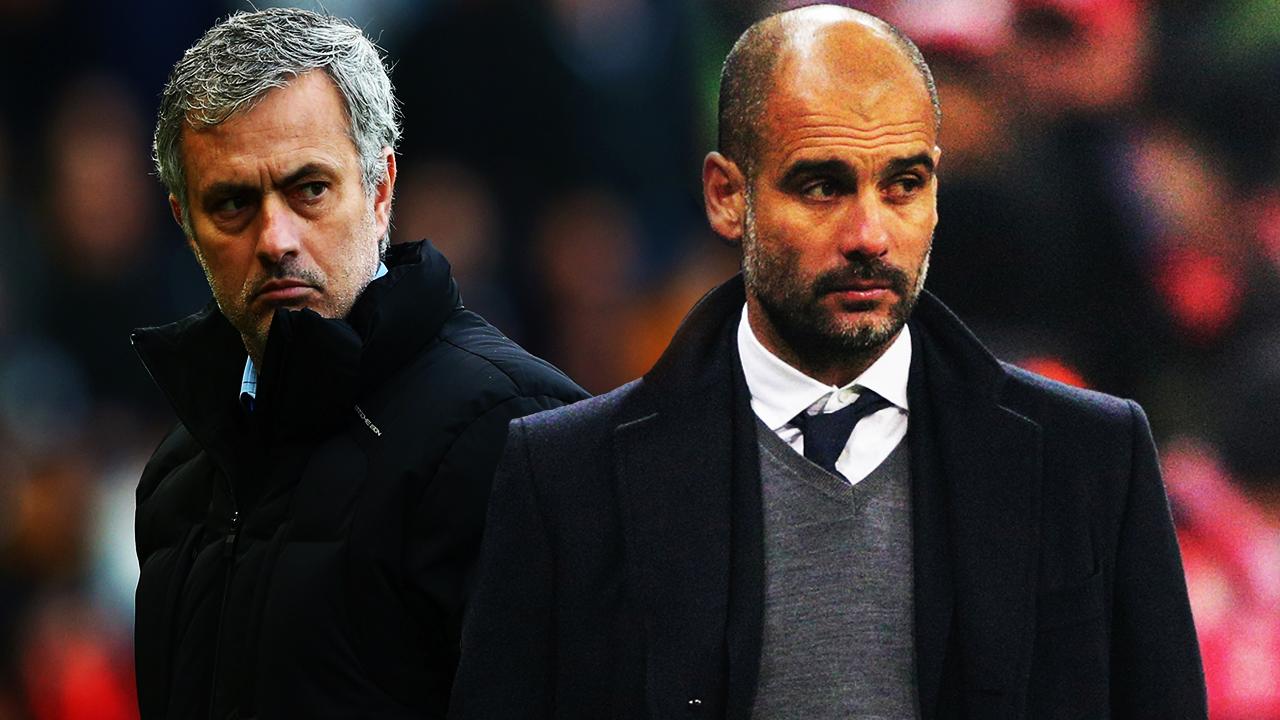 A recent article from Carra in The Mail recently ….. not something we like to hear as Liverpool fans but as ever Carra tells it as it is! (And we still have The Normal One …. and we wouldn’t swap him for anyone!!!)

JAMIE CARRAGHER: Pep Guardiola SHOULD be worried… no way Jose Mourinho will change!

Spain might have the best players and by Saturday night they will have won both European club competitions after the all-Spanish Champions League final — but the invasion of the great managers will electrify the Premier League and confirm it as the place to be.

The Manchester United manager Jose Mourinho (22 trophies) battling it out with Manchester City’s Pep Guardiola (21 trophies). Then there’s Chelsea’s Antonio Conte (three Serie A titles) slugging it out with Liverpool’s Jurgen Klopp (a dual Bundesliga winner and Champions League finalist) and Arsenal manager Arsene Wenger (17 trophies). It means no other competition can rival England’s big league for expertise and swagger.

Jose Mourinho was named the new manager of Manchester United on Friday morning on a four-year deal. Some claim Mourinho does not play in the style preferred by United supporters but he will deliver trophies. The Premier League will boast some of the best names next season including Pep Guardiola and Jurgen Klopp.

Whether you are a fan of his ways or not, you cannot deny that Mourinho is box office and will get United challenging for silverware straight away. The man is a serial winner.

Along with plenty of others, I have said for a long time that he doesn’t tick every box for United, but there is only one box they want ticking now — the one that says ‘trophies’. And they’ve got the best man for the job for that. In 14 attempts, he’s won eight titles across Europe. That’s more than a 50 per cent success rate!

United had the chance to get him three years ago but went for David Moyes, believing they didn’t need Mourinho and the baggage he brings. The argument then was that he was not the right fit for Old Trafford, but what the last three years have shown is that no manager can be what Sir Alex Ferguson was. He was a one-off in the modern game for promoting young players, playing with style and being able to stay out in front.

The other man to do that was Sir Matt Busby. Both Busby and Ferguson lasted over two decades at the club but they are the only two men in United’s history to be successful playing such attacking football. They also promoted youth, Busby with his Babes and Ferguson with his Class of ’92.

Busby and Ferguson are giants of the game and other United managers tried to bring success – including the likes of Tommy Docherty and Ron Atkinson – but couldn’t pull it off. So for all the talk of the ‘United way’, the achievements were based around two extraordinary managers.

Clubs like Barcelona and Ajax bring in managers to suit the club and have ideas of the way they want to play regardless of the manager’s c.v. Luis Enrique, for instance, was sacked at Roma but has thrived at Barcelona. United thought, when Ferguson left, that they could go down the same path, but it hasn’t worked for them. Others have caught up and overtaken them.

Moyes was very hard-working but he lacked the positivity and risk-taking that United fans had been used to. Louis van Gaal believed that a combination of a Dutch philosophy and his impressive c.v. would propel United forward, but it hasn’t.
Now they’ve finally turned to Jose: a man who won’t please everyone but a man who won’t change his way of playing. And why should he?

At times he will strangle a game if he feels the opposition are superior. For prime examples, look at the games between his Real Madrid team and Guardiola’s Barcelona. I’m sure Jose always felt his rival Guardiola had the strongest line-up in those titanic El Clasico battles, so he had an advantage.

Pep won five of those 11 clashes, and Jose just two, but with United’s spending power Mourinho will be able to go head to head with his great rival. They are playing on an even playing field — and he will relish that.

Also, it is harsh to say Mourinho doesn’t play good football. He broke plenty of Premier League records with Chelsea, while Real Madrid outscored Barcelona in two of his three La Liga seasons.

As for not bringing young players through, if they are top class, he plays them. He played 19-year-old Carlos Alberto in the Champions League final at Porto, he gave a chance to Raphael Varane at Real Madrid and picked Davide Santon at Inter when he was a teenager. So Marcus Rashford will be fine if he carries on as he is.

One man who won’t be fine, though, is Guardiola. He left Barcelona for a number of reasons but one of them, I’m sure, is the continual baiting to which he was subjected to by Mourinho in the media. It is inevitable, at some point, that theme will return. Guardiola must be thinking: ‘Oh no, not him again.’

Mourinho arrives at Old Trafford with a point to prove and, as a Liverpool supporter, it worries me! It should also worry the rest of the Premier League — he is coming back to win.