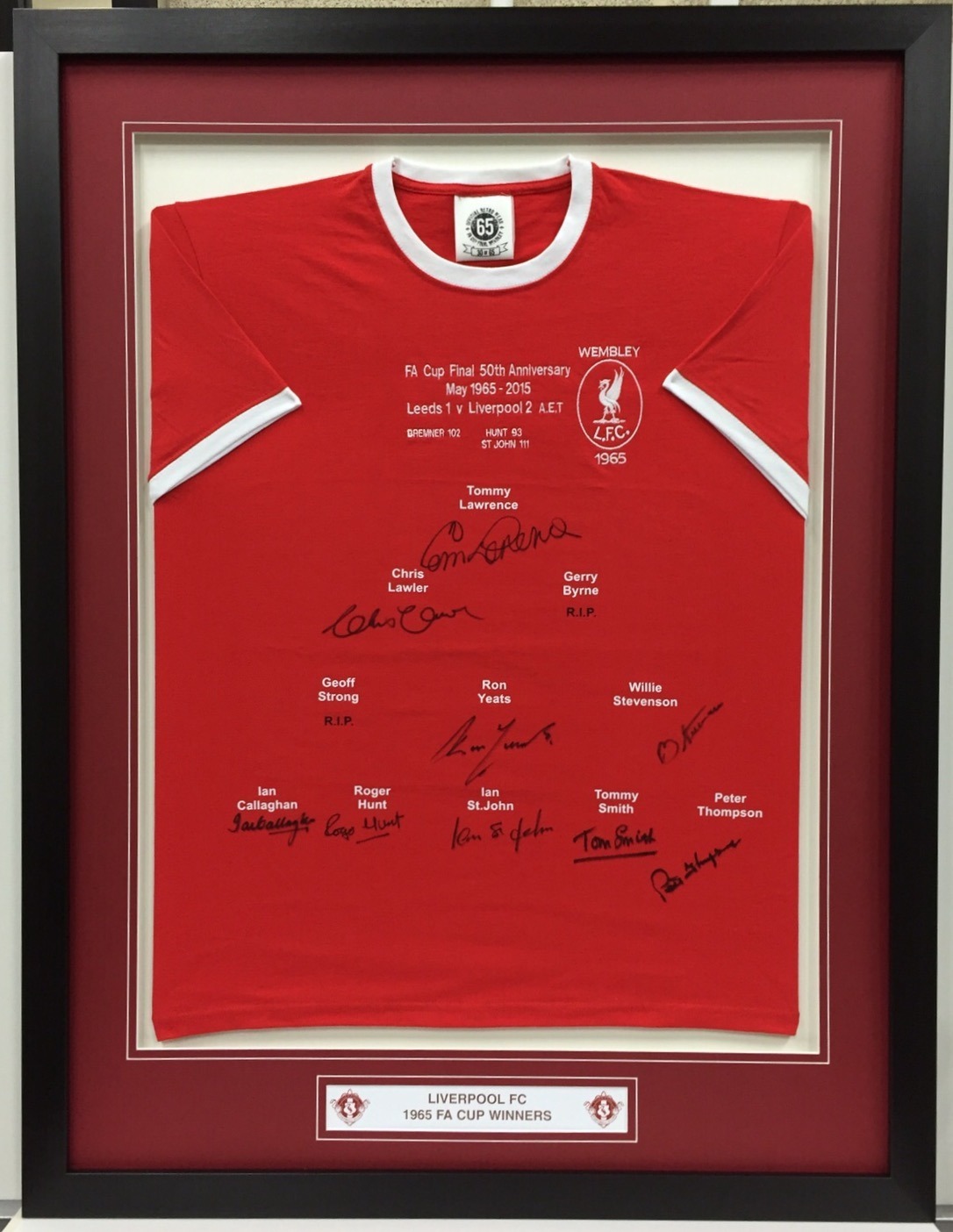 When we talk about Liverpool players of the past such as Bob Paisley, Ron Yeats, Tommy Smith, Roger Hunt, Ian St John, Ian Callaghan, the talk is always remembers fondly.

These were winners, people who knew what the Liver bird on the chest meant to the fans therefore demonstrating this by performing with passion, respect and belief.

The 23 Foundation has a number of incredible 1965 FA Cup shirts that have been signed by some of the players that played that day when Liverpool FC beat Leeds United FC in their first ever FA cup final.

These shirts are extremely special and are a ‘steal’ at just £195 + shipping.

To avoid disappointment rush along to our on-line store and treat yourself to one of these today, allowing you to own a special piece of LFC’s past!