The Kop … through the eyes of a South African (GB) 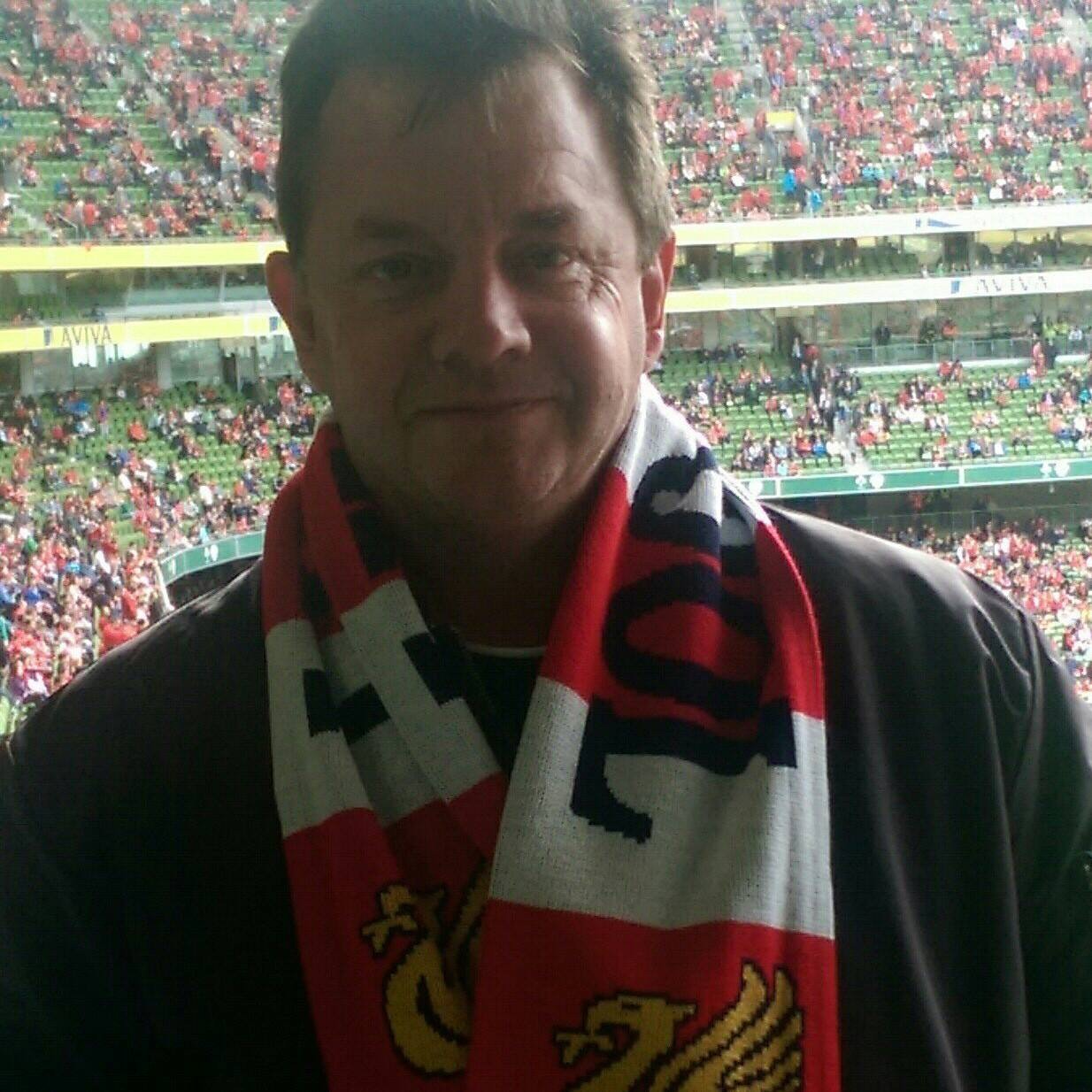 A great Guest Blog from Andrew Davidson …. a Liverpool Supporter and a member of The Fields Of Anfield Road Facebook group. Andrew gives us a reminder of why The Kop is and always will be so important to so many people around the World and its historic significance. Thank you Andrew for this great blog …..

Being a South African, now living in Cork Ireland, a lifelong Liverpool fan and proud of both, I have always loved History. Although still awaiting my first visit to the hallowed ground of Anfield,(hoping to get over this next season), I fully expect to choke up and shed a few tears when I get there.

I wish I could have taken my place on the original Kop, but unfortunately circumstances and the fact that I lived in South Africa up until four years ago, put paid to that.

I have visited the original Spioenkop many times, there is a grave of an unknown Boer soldier there, and I made him a Liverpool supporter.

On the 22nd of April 1989, a week after the Hillsborough disaster, I stopped in at the Kop and laid a Liverpool scarf which was my pride and joy since I was six years old, down at the grave and lit a candle….that was my tribute to the 96 fellow fans who never returned home.

I thought you might to hear a brief history of the Kop as seen through the eyes of a South African, proud iof his heritage and in love with his football team since around 1970.

The Battle of Spion Kop was fought about 38km (24mi) west-south-west of the town of Ladysmith on the hilltop of Spioenkop along the Tugela River, which flows through Natal which is now known as Kwa-Zulu Natal from 23–24 January 1900. It was fought between combined forces of the South African Republic and the Orange Free State on the one hand and the British forces on the other during the notorious second Boer War campaign to relieve Ladysmith. It was a comprehensive Boer victory.

General Redvers Buller,was the commander of the British forces in Natal, and was attempting to relieve a British force besieged in Ladysmith. The Boers under Gen Louis Botha held the important Tugela river which prevented
him from relieving the siege. Although Botha’s men were outnumbered, they were mostly equipped with
modern rifles and up-to-date field guns, and had carefully entrenched their positions. In late December, 1899, Buller made a frontal assault on the Boer positions, this proved costly and the result was a heavy British defeat.

Spion Kop,was the largest hill in the region, being over 430 metres (1,410ft) in height. It lay almost exactly at the centre of the Boer line. If the British could capture this position and bring artillery to the hill then they would command the flanks of the surrounding Boer positions.

As dawn broke, on the day of the battle,the British discovered that they held only the smaller and lower part of the hilltop of Spion Kop, while the Boers occupied higher ground on three sides of the British position. The British had no direct knowledge of the topography of the summit and the darkness and fog had compounded the problem.

Furthermore, the British trenches were inadequate for all defensive purposes. Because the summit of the kop was mostly hard rock, the trenches were at most 40 centimetres (16in) deep and provided an exceptionally poor
defensive position – the British infantry in the trenches could not see over the crest of the plateau and the Boers were able to fire down the length of the crescent-shaped trench from the adjacent peaks.

The Boers began to bombard the British position, dropping shells from the adjacent plateau of Tabanyama at a rate of ten rounds per minute. Meanwhile, Commandant Hendrik Prinsloo of the Carolina Commando captured Aloe Knoll and Conical Hill with some 88 men, while around 300 burghers (roughly translated farmers or citizens), mainly of the Pretoria Commando, climbed the kop to launch a frontal assault on the British position.

Prinsloo told his men that they were going in to attack the enemy and many of them wouldnt be coming back. Minutes later, hundreds of Boers swarmed in to attack the British positions at the Spion Kop crestline, much to the surprise of the British because it was very unusual for the Boers to launch a daytime massed attack that quickly resulted in vicious, close-quarters combat which was not a custom of the Boers’ style of warfare.

The British rifles were no less deadly than the Boers rifles, however as both sides exchanged fire at close range, as well as engaged in hand-to-hand combat with the British wielding fixed bayonets and the Boers wielding hunting knives and their own rifles which they used as bludgeons. After suffering serious losses, the Boer assault carried the crest line
after several minutes of brutal hand-to-hand combat, but could advance no further. Morale began to sag on both sides as the extreme heat, exhaustion and thirst took hold.

A certain Winston Churchill was a journalist stationed in South Africa and he had also been commissioned as a lieutenant in the Light Horse Brigade by General Buller after his well-publicised escape from Boer captivity. Churchill acted as a courier to and from Spion Kop and Buller’s headquarters and made a statement about the scene: “Corpses lay here and
there. Many of the wounds were of a horrible nature. The splinters and fragments of the shells had torn and mutilated them. The shallow trenches were choked with dead and wounded” When morning came, the Boer generals were astonished to see two burghers on the top of Spion Kop, waving their slouch-hats in triumph.

The only British on the kop were the dead and the dying. The British suffered 243 fatalities during the battle; many were buried in the trenches where they fell. Approximately 1,250 British were either wounded or captured.

Mohandas Gandhi was a stretcher-bearer at the battle, in the Indian Medical Brigade which he had organised, and was decorated. The Boers suffered 335 casualties of which 68 were dead, including Commandant Prinsloo’s commando casualties of 55 killed and wounded out of 88 men.

The British retreated back over the Tugela, but the Boers were too exhausted to pursue and follow up their success. Once across the river, Buller managed to rally his troops. Ladysmith would be relieveved in a few weeks. Although the common English name for the battle is “Spion Kop” throughout the British Commonwealth and its historical literature, the official South
African English and Afrikaans name for the battle is “Spioenkop” coming from Spioen meaning “spy or lookout”, and Kop meaning “hill or outcropping”. Another variant that is sometimes found is the combination into “Spionkop”.

Many football grounds in England in the English Premier League and Football League have one terrace or stand in their stadia named “Kop” or “Spion Kop” because of the steep nature of the terracing, the most famous of course being that at Liverpool FC’s Anfield stadium, loved by Liverpool fans and feared by opposition.

Other notable Kop’s around the world include:

The village of Spion Kop near Mansfield, Nottinghamshire was named after
the battle.

A hill outside Rugeley, Staffordshire is called Spion Kop, in memory of the
battle.

A hill outside Llanwrtyd Wells, Powys is called Spion Kop, in memory of the
battle.

The 18th hole at The Otago Golf Club, which is also the oldest golf club in
the southern hemisphere, is called Spion Kop.

Daleview cottages, in the village of Ballybrack, in Co. Dublin, Ireland,
were known locally as “The Kop”. They were built around 1900 and are on a
steep hill.

The higher part of Wivenhoe village, Essex, England, is known as Spion Kop,
possibly because veterans of the Boer war once lived on Manor road.

2 cottages in Watledge, Gloucestershire, are named Spion Kop and dated
1901.

There is a hill in Paracombe, South Australia named Spionkop, approximately
400 metres high

A railway hill in the Melbourne yards is called Spion Kop.

The South African Navy frigate SAS Spioenkop is named after the battle.